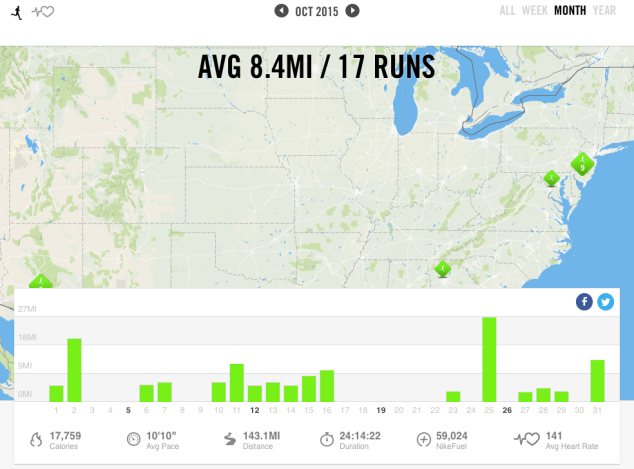 My Nike+ app shows that I ran 143 miles this month. You can see that there is a gap just before the marathon towards the end of the month. I took a few days off before the marathon as my wife was in California and I was looking after the boys and also to rest up my body before the race. I was tired. It’s been a busy year of running already and I was approaching my 3rd marathon of the year combined with a lot of business travel.

Not much cross training. I think I had one session in the pool early on in the month. I had been traveling to Atlanta early in the month and then to Scottsdale. As soon as I got back home my wife had to head to California. Tag team parenting as well as tapering for a marathon has never been so chaotic…but we survived.

Early in the month I had my final long run planned before the marathon. It was supposed to be the first weekend in October. We my niece’s 3rd birthday party early Saturday and my wife was running the Princeton Half Marathon on the Sunday additionally they had predicted Hurricane Joaquin to make an appearance along the east coast. I had little choice but to get up early in my hotel and armed with a Powerade and a bag of Swedish Fish, knock out a 20 miler on the hotel treadmill before breakfast. 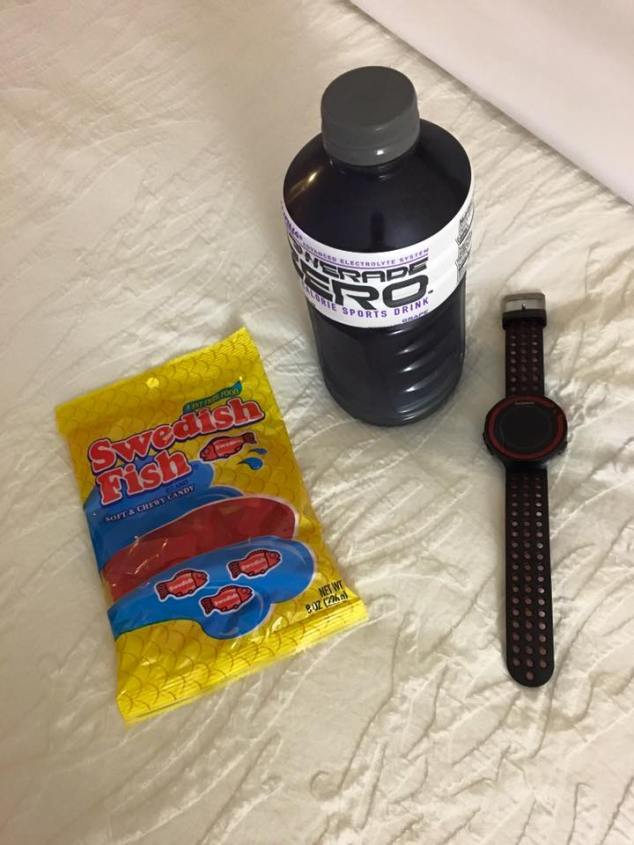 Prepared for the storm! 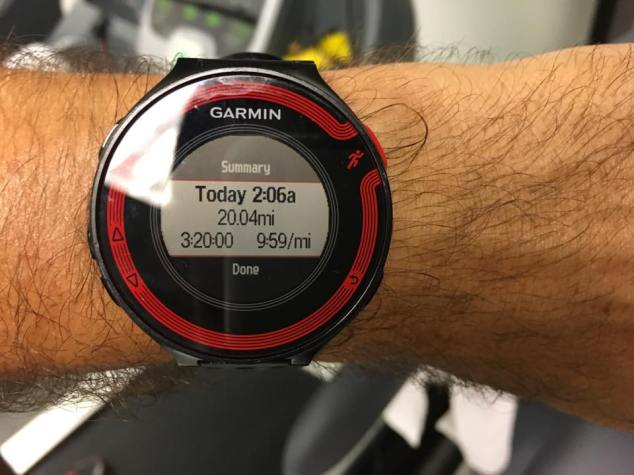 This wasn’t my favorite run. I was trying to break in my new shoes for the upcoming marathon. I had bought the newer model of my usual shoe online. Same size. I’ve been in the same shoe for 4 previous models. This model apparently runs a half size smaller. Yup, one heck of a blister. First time ever with this brand. Luckily I was able to go back to the running store and get this remedied before race day.

Once all the training was done we headed to Virginia to run the Marine Corps Marathon. It’s such a great event, regardless of our own personal experience this year. I highly would recommend you look toward this if you have any interest. 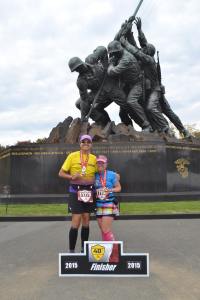 The week after the Marine Corps Marathon we ran the 2015 Rock ‘n’ Roll Philadelphia Half Marathon. It was on Halloween so it was a great excuse to run a race in costume. Although it wasn’t a runDisney event we still managed to run in a Disney theme, Alice in Wonderland. Not much of a surprise there. It was a great day weather wise and a great return to finding our pace which did not seem to come with us on our journey to Washington DC!!

Our costume choice – Alice in Wonderland and the King of Hearts

At the end of the month the early registration opened up for the 2016 New Jersey State Triathlon. If you’ve been following my ‘adventures’ in triathlon you will know that this was to be have been my first event. As it happened it was cancelled mid race and I never got to finish. The organizers offered those who competed and were unable to finish discount towards entry for 2016 which would work in the pre-registration period. I decided to enter again but this time for the Olympic distance in 2016. Fingers crossed. Lots of training to do over the winter to keep my fitness up on the bike and in the pool.

November brings me to the end of my racing season. I have the Philadelphia Marathon coming up the week before Thanksgiving. A very special race for me. It was my first marathon back in 2011 and also the first marathon where I ran under 4 hours back in 2012. I ran again with my wife in 2013 but we missed last year due to being in Florida for Thanksgiving. Hopefully it will be another great race weekend this year. Looking forward to it.