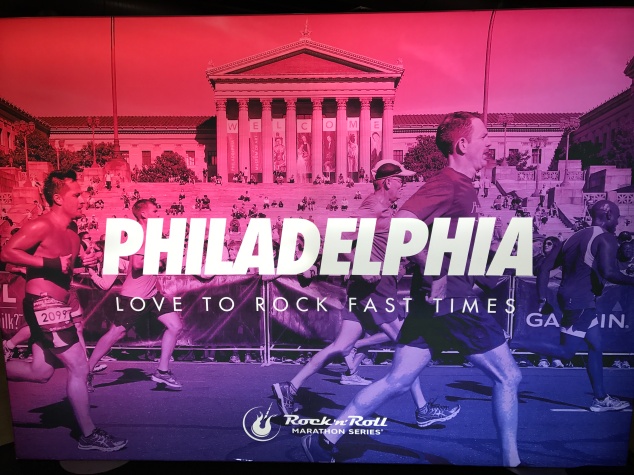 Back on September 17th, my wife and I ran this year’s Rock ‘n’ Roll Philadelphia Half Marathon. This was my 7th time and my wife’s 6th time running this event. We seem to be ‘repeat offenders’ when the email from R’n’R comes out the day before the race, offering discounted entry for the following year. (Spoiler alert…we passed on signing up for 2018 for now). This would be our second R’n’R run for 2017 after the D.C. Marathon back in March and therefore we were eligible for a bonus medal (the ‘Double Beat’). 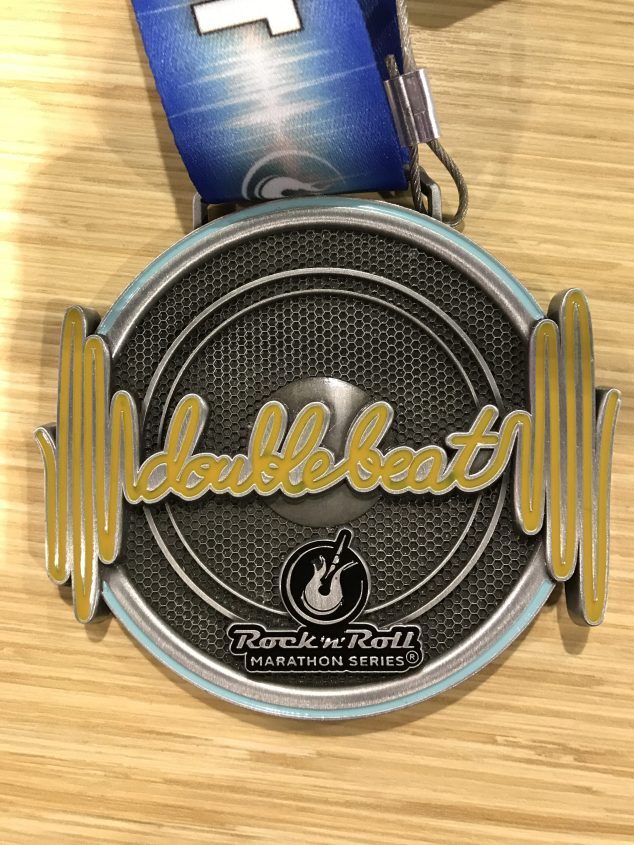 So going in, this race review will probably be similar to the ones posted about 2013 through 2016 (with the exception of the year the Pope caused the race to move to October 31st). Rather than comment about the course (which was the same as last year) I’ll highlight the key parts of the weekend and any changes from last year’s race. 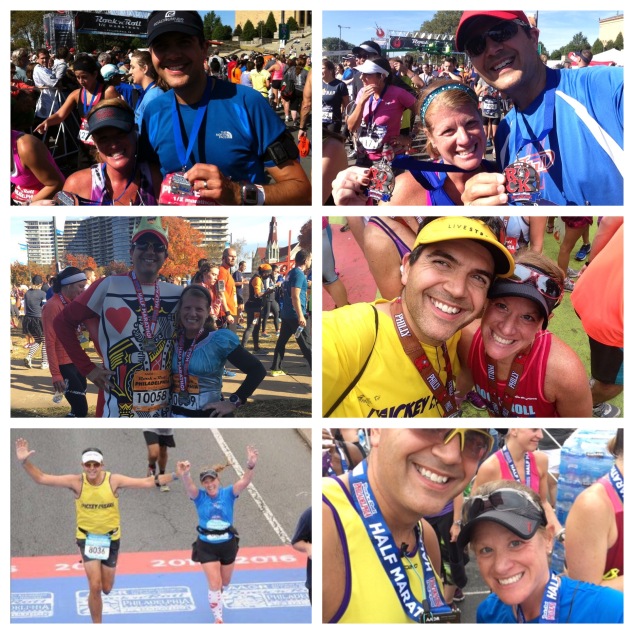 Our last 6 finishes together

Since I started my new job back in January I am much closer to Philadelphia so I made a trip to the expo on Friday after work (saving us a trip to the expo on the weekend with both boys). Interestingly enough, the expo seems to be getting smaller each year which surprised me. This year it was held as per prior years at the Convention Center in Philadelphia. I arrived just after 6pm (the expo was until 7pm on the Friday evening) so I had just under an hour to get in, pick up bibs and shirts and explore the expo.

Packet pick up with pretty uneventful. Very quick and easy as was the shirt pick up. They had an area for shirt exchange where I could sample a different size (although I kept my original). From there I headed to the merchandise area (again sponsored by Brooks Running). Some cute stuff but nothing blew me away that I would need to buy this year so I avoided the (smallish) crowd and headed out into the expo hall. 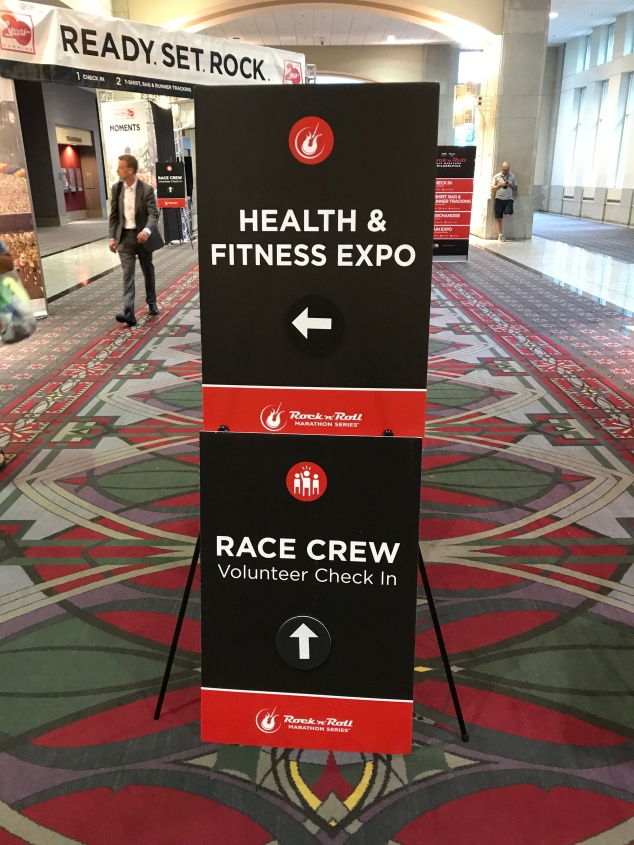 Arriving at the expo 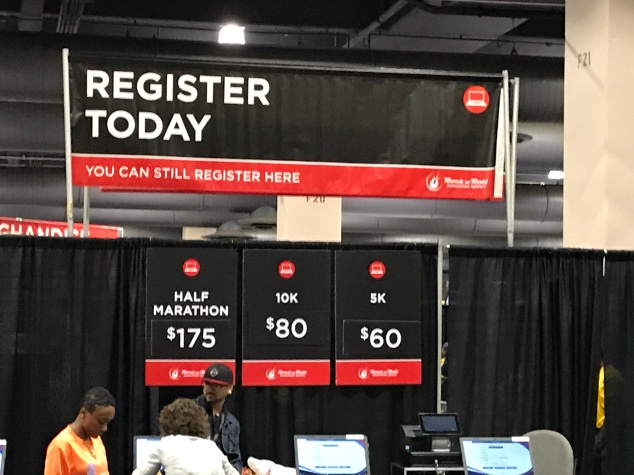 None of the weekends races had sold out 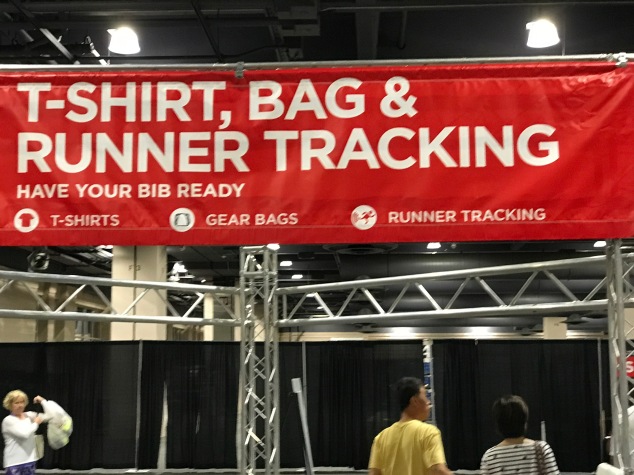 Upon entering, everything was clearly signed 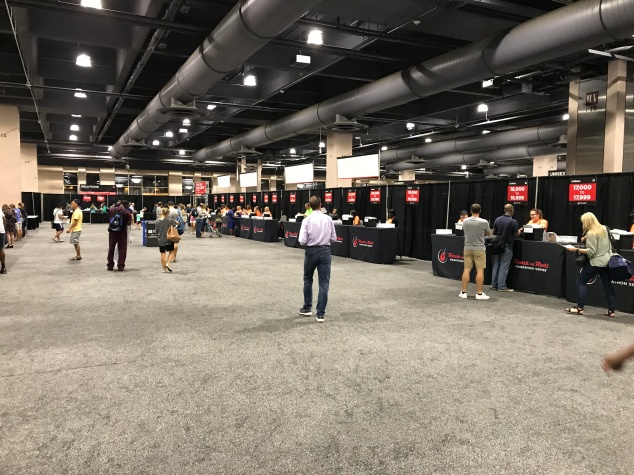 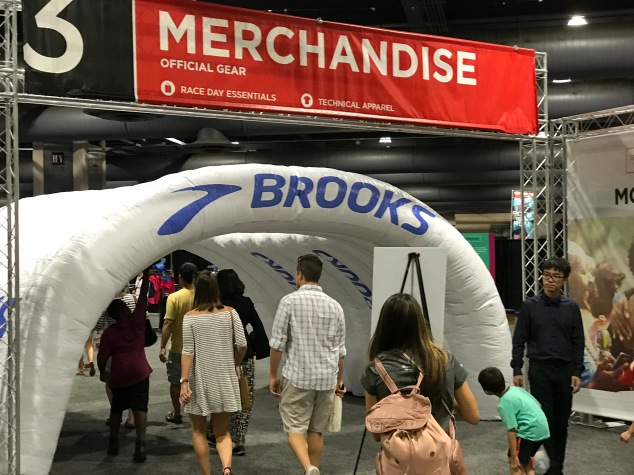 Merchandise was the typical Rock ‘n’ Roll fare. Nothing that screamed out to be purchased. 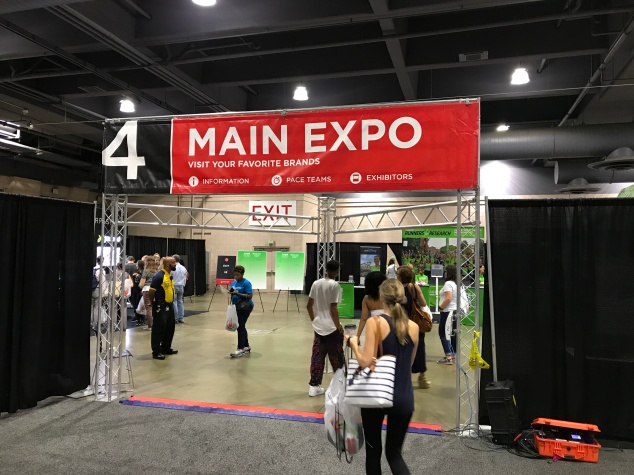 Then it was quickly through and off to the main expo

I was very surprised by how small it seemed compared to previous years. It didn’t seem that there were as many vendors as prior years and even some of the bigger vendors had smaller booths. Well, at least I got home earlier than planned. 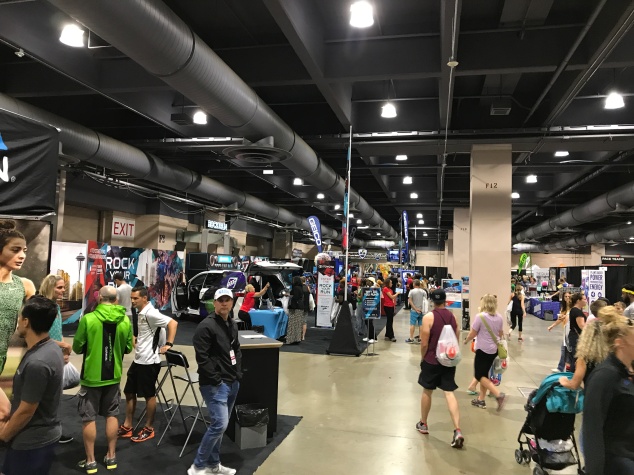 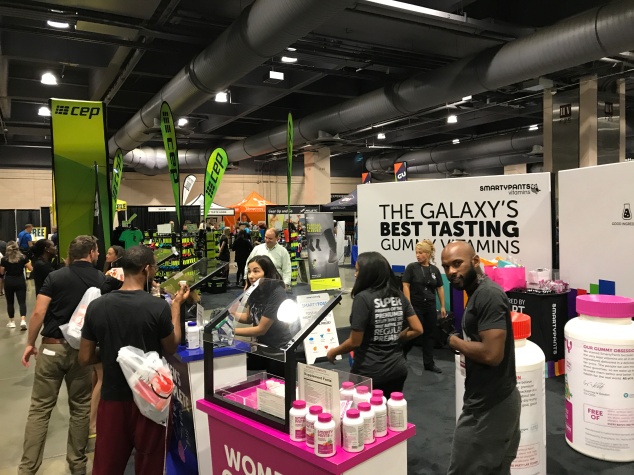 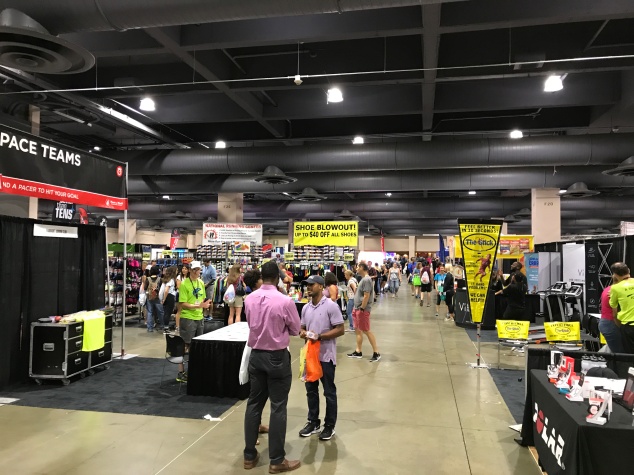 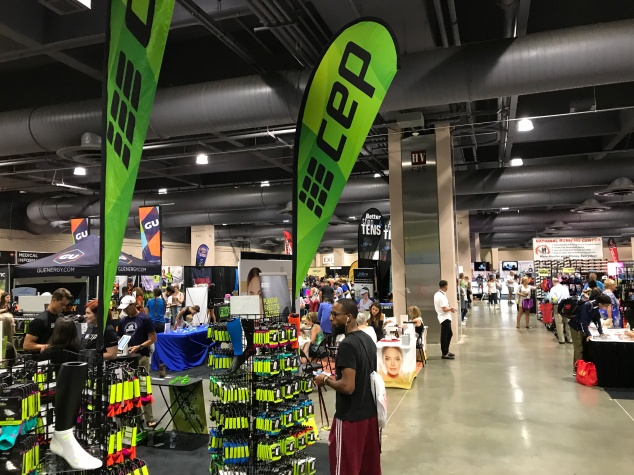 The morning of the race we arrived really really early. For some reason we told the babysitter to be there by 5am…we arrived in Philly at 5.45am and we didn’t really need to be there until 6:30am. Oh well, at least my wife had a lovely extra few minutes sleep until it was time to go. 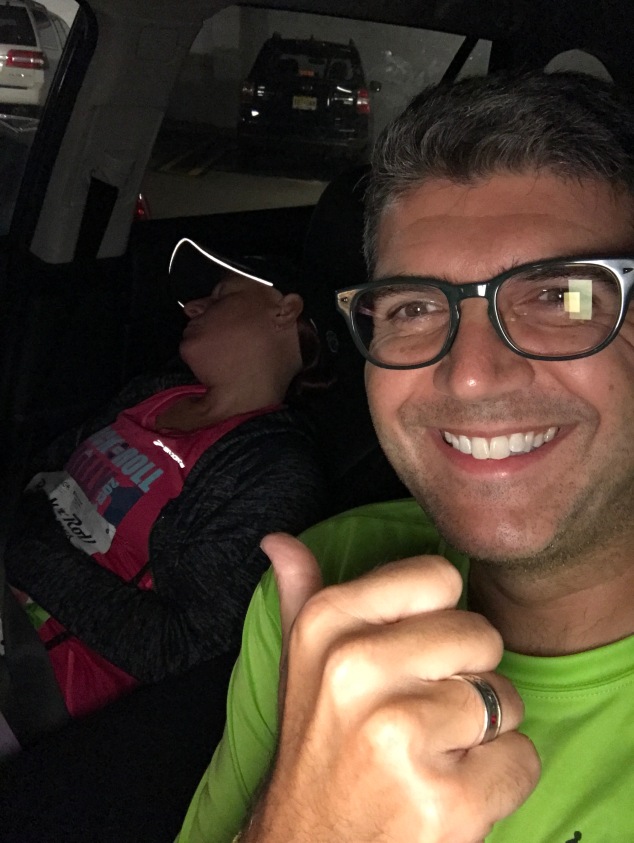 As usual it was fairly straightforward to deal with bag check and the port-a-potties were plentiful…as were the lines waiting to get in them. We arrived in fairly good time. I did get a chance to say hello to some fellow Team Shenanigans members before heading towards the corrals. 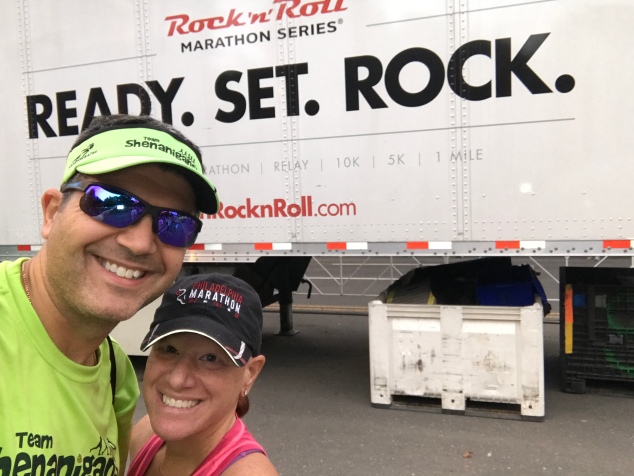 Ready for a nice run around Philadephia 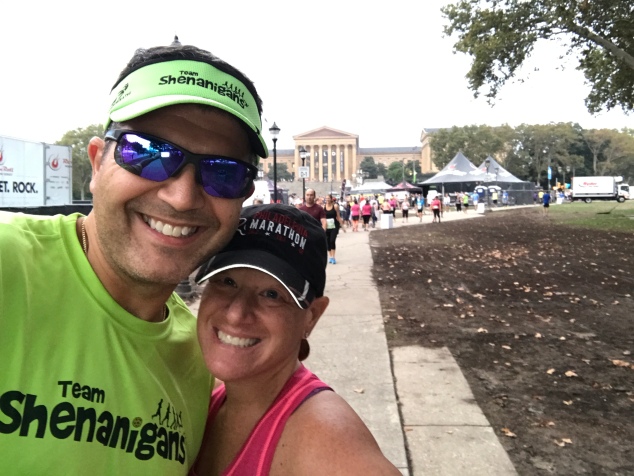 Despite being early we are still smiling 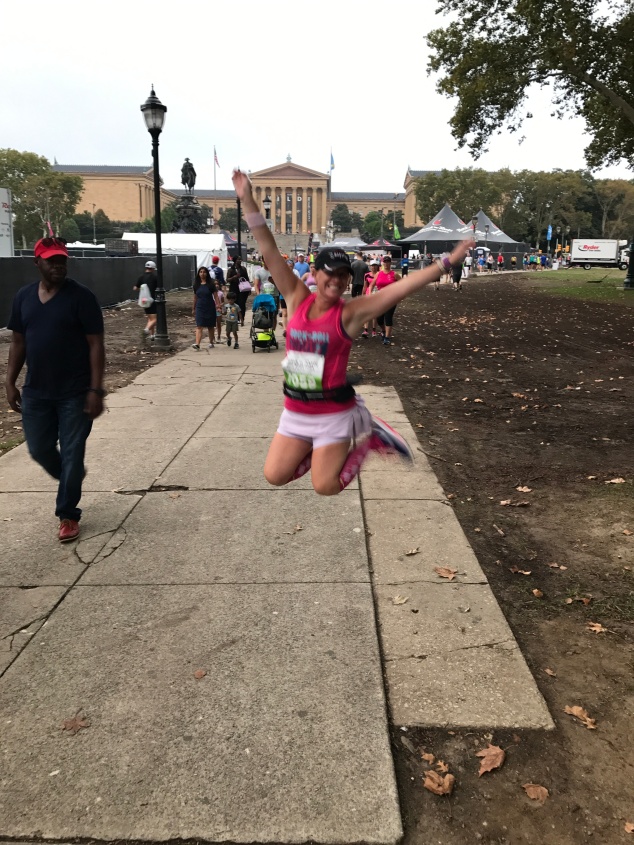 We had a full agenda ahead of us after the race. We figured that we would be able to be done early as we were in corral 7. When we were in the corral people were moving up so we did too. No one was policing the corrals so we actually started up near corral 5 (that saved us all of 4 minutes). 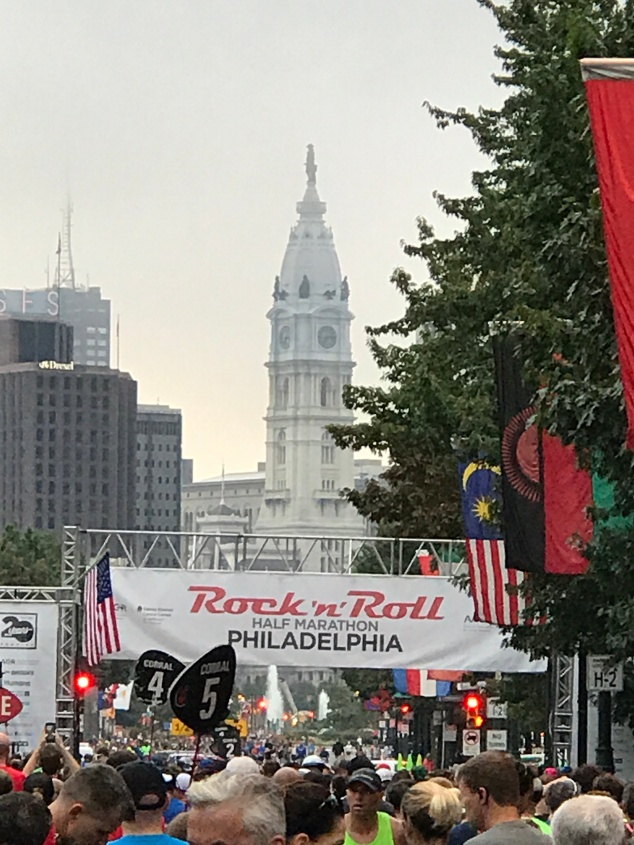 In the starting corral 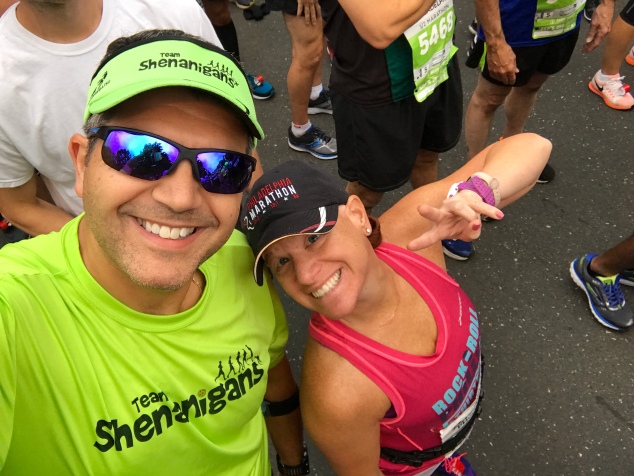 It was a warm morning and once off and running we quickly heated up. What was noticeable was a lack of water early in the course. I know that this is a big race and they probably need to spread things out once the corrals are released but this was a warm and humid day (high 60s to low 70s) but the first water stop wasn’t until nearly mile 2. 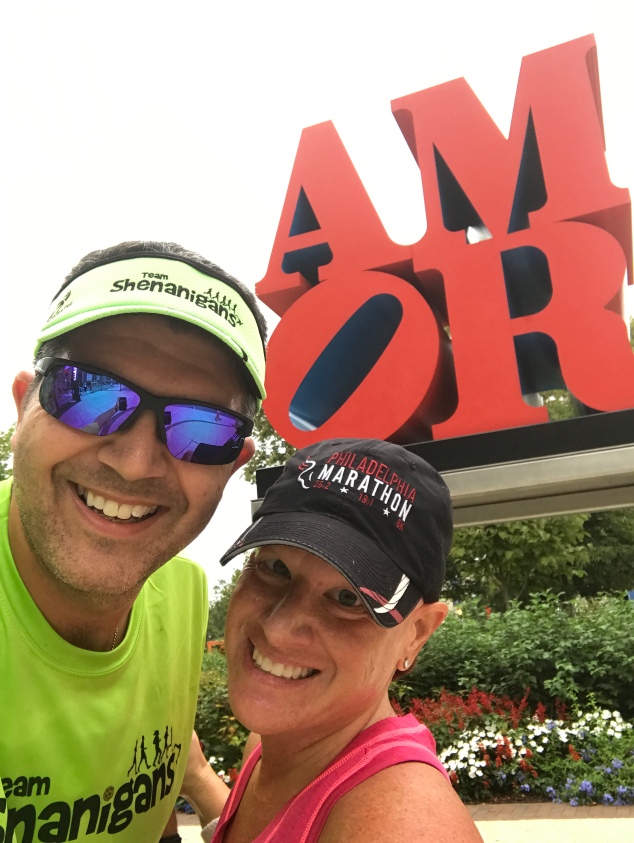 Photo op on the course

The course was the same as last year (as mentioned above) so there were no real surprises for us this time around. We settled into our pace and were doing reasonable splits for the first 7 miles. We may have gone out a little too fast in the early miles and this caught up to us as the heat and humidity started getting higher around mile 9. It was a bit of a slog going into the last few miles but we persevered through to the finish in a time of 2:05. 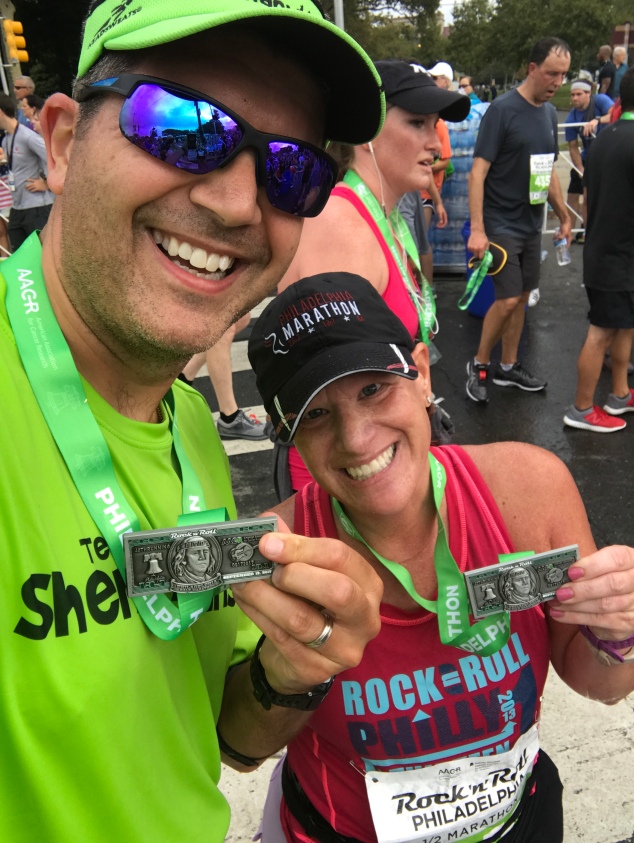 At the finish line, in addition to the cool Benjamin Franklin medals, they provided us with towels dunked into ice water. That was a great relief, as was the chocolate milk that this race always provides. 🙂 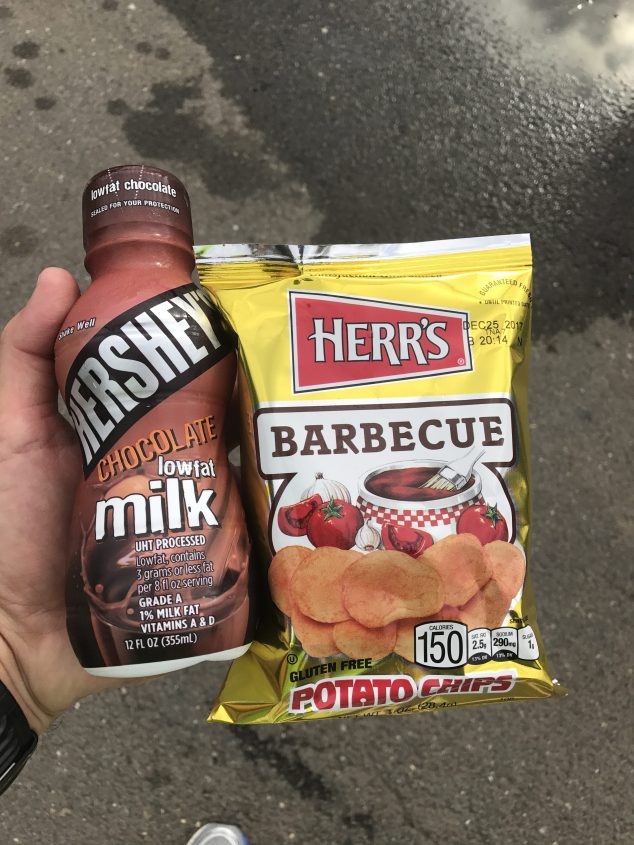 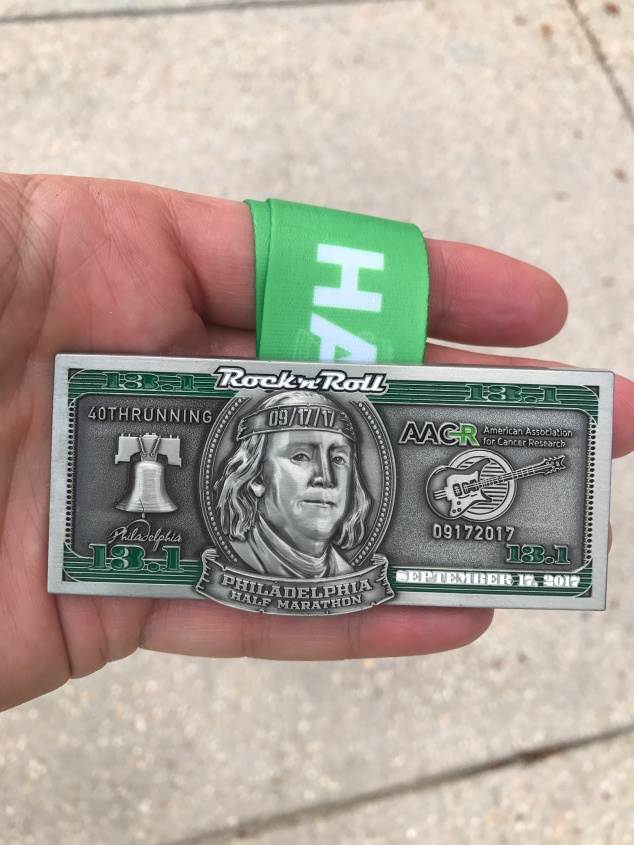 As we were in a rush to be back home for the boys we just grabbed our stuff and headed back to the car. It seems strange that we treat this as a normal run these days and can pretty much predict our finish times so we can plan our day accordingly. Checking back on our previous years running this race we have run times consistently around 2:05 with our best being 2:00 and our worst being 2:07 (which was a much warmer and humid year).

I guess it is because we have done this race so many times now this seems not to be such a huge race for us as it used to be. Drop in…run…leave. Oh well, we might have to sit out a year or two on this one. We didn’t rush to re-sign up for 2018 as we usually would for that reason. Still it was another fun day and always a treat to be able to run with my wife.