I wasn’t going to do it. No sir, I wasn’t going to do it. I have run this event every year since 2011 and after running the same course (pretty much) each year I decided to sit this one out. I think I even registered for the 2017 race before I ran the 2016 event this was how predictable this race became for me. So my wife and I (who has run this with me since 2012) decided to skip this year. End of story.

…So why am I writing a race recap? Well, in preparation for the 2018 New York City Marathon I had chosen a new marathon training plan. For most of my marathons I have been using Hal Higdon marathon training programs but with my build up to New York I wanted to try something different. This time around I picked a Hansons Running marathon training plan. This was a new approach for me and I had been following the plan strictly (more or less). I had all my paces set and programmed into my Garmin and was sticking to plan. This race happened to coincide with a 12 mile run on the training plan. Additionally, my company wellness program was promoting a discount code for people who wanted to sign up for the race weekend. With permission from my wife (she decided not to join) I signed up just over a couple of weeks in advance of the race weekend. This would be a chance to put this training plan to the test.

Arriving late on a Friday evening and rushing into the expo 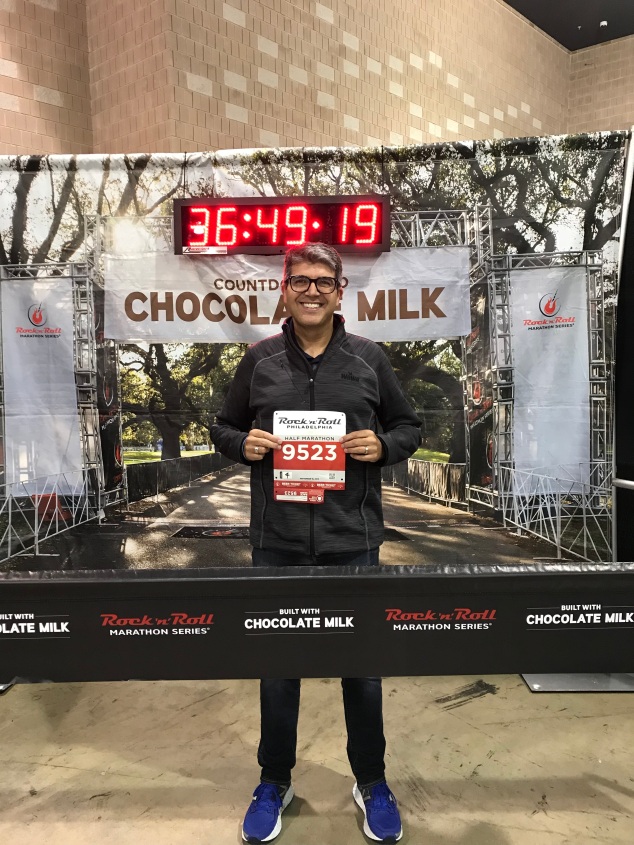 I headed to pick up my packet on the Friday evening after work. As usual, it took forever to get into the City on a Friday evening and I arrived with about 45 minutes left before the expo closed for the night. I picked up my race bib and as I had signed up so late I didn’t have my name printed on the bib or a specific corral assigned. I had to go over to get a corral assignment based upon my estimated finish time. Not a big issue but I’ve never signed up for a race this late. Interestingly, the expo was much smaller than it had been in previous years. There had been years when the expo was really big, now it just seemed a little light. Brooks was still the main apparel sponsor but there was nothing unique that jumped out at me. Not that I got much chance to see the expo. They started to switch off the lights around 15 minutes before the end of the expo hours and they announced that it was time to pack up (so to speak). The hint was taken and I headed home.

Heading in to see what was on show

I was feeling confident going into the race weekend based upon my recent training and was hoping that my recent hard work was ready to pay off. I got my gear ready the night before and looked forward to what the day might bring. My half marathon PR of 1:51 was back in April 2016. I was hoping to get close the next morning.

Race day arrived and I got to the starting area early. I bumped into a colleague as soon as I arrived at the staging area and we chatted for a while which helped relax the nerves. I got into my corral. The weather was overcast, warm and muggy, not ideal for a fast run but I still felt good and ready to go.

Our corral was called and it was time to put my recent training to the test. The first couple of miles went off well. I felt good. Something weird happened with my GPS running around the tall buildings so by mile 3 I had a zany 6:29 mile appear on my watch which threw me off a little. I had to start doing math every time I hit a mile marker going forward. You will see from my mile splits below that I tried to reset my laps by hitting all the buttons on my watch until I at least matched with a mile marker (for the split distance at least). The training seemed to have been working through the first few miles. I felt good and my pace was where I wanted it to be.

Around mile 7 the sun started to come through the clouds and it started to warm up, and with that, I started to slow down a little. As I headed up Kelly Drive the sun became stronger and my splits started to get slower. Miles 9 and 10 were almost 20 seconds slower and by the time I crossed over the Falls Bridge to Martin Luther King Boulevard I was fatigued and the next few miles were about a minute slower. Hmm…I may have pushed just a little too much at the start. Not sure it was the training or the heat. I managed to pick it up a bit in the last mile and made it to the finish line in a good compared to prior years but disappointing compared to plan time of 1:55. One of my better half marathons but about 5 minutes slower than plan. It was warm by the time I finished and as I was relieved to get a cold towel and some iced water. Oh, and some chocolate milk. Always a win!!!

My lap splits (with a little glitch for laps 3-5)

Based upon my splits I’m not sure if it was my training plan or the heat or a combination of both. I see that my last mile split was more on par with my earlier splits but still, a good takeaway knowing that I felt strong for the first half of the race. I still had 6 weeks to go until New York and time to complete the training and taper for my goal race. 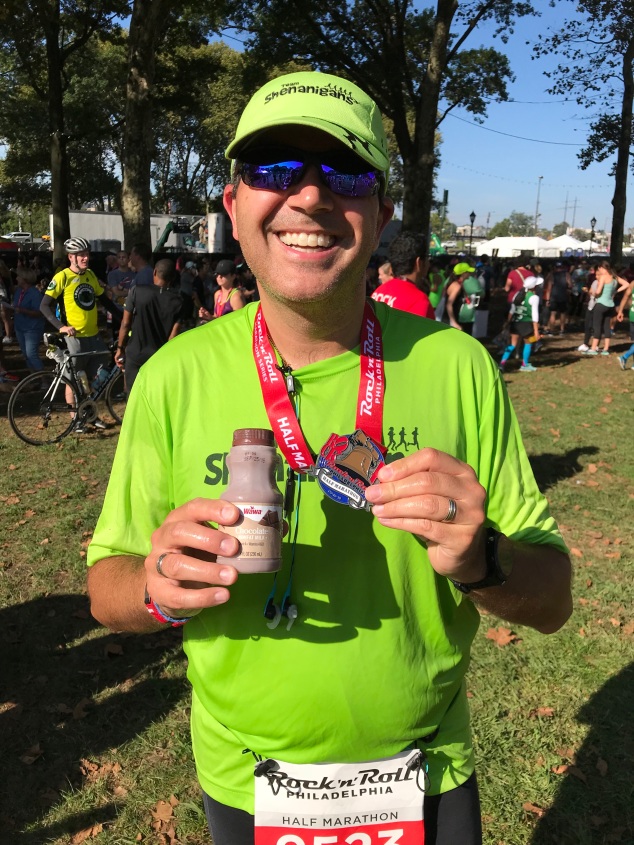 A medal and some chocolate milk. A win.

So, I know that next year I will definitely not be running this race (I have signed up for the Atlantic City 70.3 triathlon) so my streak is broken. I’m okay skipping this one for a while. I’m sure I will be back again though but a break will do me good.